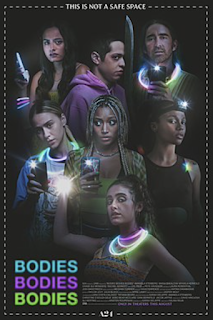 "You are so toxic." -Emma Sophie (Amanda Stenberg) and her new girlfriend, Bee (Maria Bakalova), attend a hurricane party at Sophie's best friend's isolated mansion.  The group decides to play a murder party game called "Bodies Bodies Bodies," but when actually bodies start turning up, the game quickly gets out of hand. What Works: So this was a movie that worked for me in the first half, but falls apart in the second.  Everything was really well set up with a tight script.  I generally love whodunnit movies and the first half of the movie does a good job of setting up the characters and the internal conflict in the group.  When the game actually started, I was very excited.  Most of the characters were unlikable, but not all of them and I was excited to see what would happened once things got rolling.  It's a really well done setup. The final twist is also interesting.  I won't spoil it here, but it does make me want to rewatch the movie with full
Post a Comment
Read more 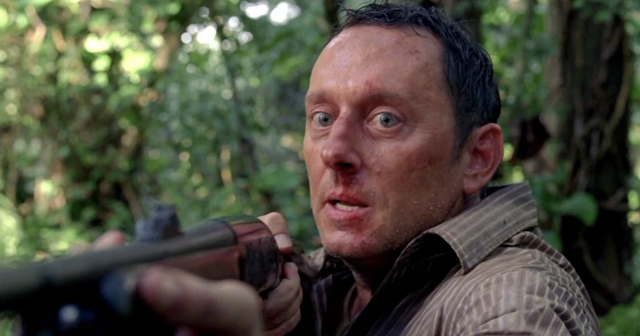 "I'll have you." -Ilana Verdansky "Dr. Linus" picks up with Ben (Michael Emerson) escaping from the Temple and reuniting with Ilana (Zuleikha Robinson), Frank (Jeff Fahey), Sun (Yunjin Kim), and Miles (Ken Leung).  Suspicious of Ben, Ilana has Miles commune with Jacob's (Mark Pellegrino) ashes to figure out how he died.  Miles immediately exposes that Ben killed him, which enrages Ilana. The group returns to the beach camp, where Ilana holds Ben at gunpoint, chains him to a tree, and forces him to dig his own grave.  Later, the Man in Black (Terry O'Quinn) visits Ben and frees him.  He offers Ben the chance to rule the Island once the Man in Black and his group leave.  He leaves a gun in the jungle for Ben to kill Ilana with once he makes his escape. Ben takes off and Ilana chases him.  Ben gets to the gun and holds her at gunpoint.  He uses the opportunity to explain why he killed Jacob with the grief from Alex's (Tania Raymonde) death and Jacob
Post a Comment
Read more 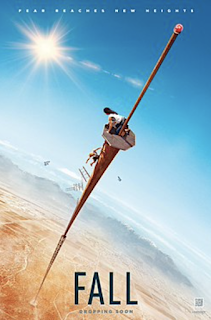 "Let's climb your stupid tower." -Becky A year after her husband's death in a mountain climbing accident, Becky (Grace Caroline Currey) has completely fallen apart and hasn't been climbing since.  Her best friend, Hunter (Virginia Gardner), convinces Becky to face her fears and climb a massive, abandoned TV tower.  When the ladder breaks off, the girls find themselves stranded at the top of the tower and have to find a way to survive. What Works: I love survival movies, especially survival movies that take place in one location.  I like to watch the characters figure out how to survive with very little in terms of supplies.  I don't know what it is, but those types of movies and stories are right up my alley.   Fall certainly fits that bill and the location is extremely unique.  I loved all of the survival stuff. I won't spoil it, but the final attempt to get help is extremely creative and gnarly.  I absolutely loved it and it was my favorite moment of th
Post a Comment
Read more 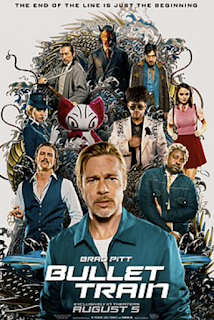 "Are you sure you don't want to talk this out?" -Ladybug Ladybug (Brad Pitt) boards a bullet train to retrieve a briefcase.  It should be a simple job, but unfortunately the train is full of assassins and maniacs who have intersecting assignments.  It is luck or is it fate? What Works: This movie has a phenomenal cast with a bunch of wacky characters.  Brad Pitt puts in a very unusual performance for him.  He's more of a zen hippie who used to be an assassin.  It's a fun character to throw in the middle of all the violence and Pitt does a fantastic job. My other favorite character is Lemon, played to perfection by Brian Tyree Henry.  He's also an assassin but he learned everything he knows about people from watching Thomas the Tank Engine , which was my favorite show when I was a kid.  His knowledge of the characters and their personalities isn't just a character quirk, it's a key plot point.  I never thought my knowledge of Thomas the Tank Engine wou
Post a Comment
Read more 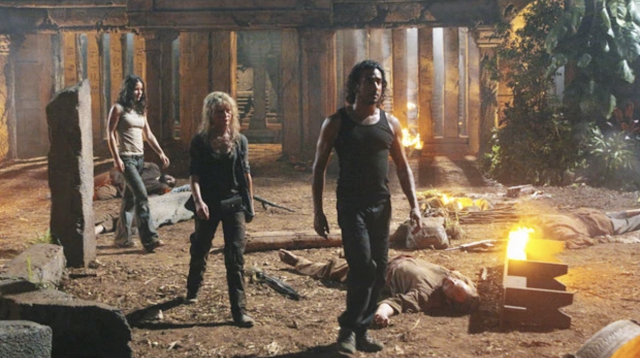 "I make good eggs." -Martin Keamy "Sundown" picks up in the flash-sideways world with Sayid (Naveen Andrews) arriving at Nadia's (Andrea Gabriel) house.  It turns out, Nadia is married to Sayid's brother, Omer (Cas Anvar), and they have two kids.  It's very obvious that Sayid still has feelings for Nadia and later tells her he cannot be with her because he does not deserve her. Omer tells Sayid that he borrowed money from a loan shark to expand his business, but the loan shark is demanding interest.  He asks Sayid to take care of the problem, but Sayid refuses.  Omer is attacked and ends up on the hospital.  Later, Sayid is picked up by Omar (Anthony Azizi), who brings Sayid to the loan shark, who turns out to be Martin Keamy (Kevin Durand).  When Keamy demands the money, Sayid steals a gun and shoots Keamy and his men.  He then finds Jin (Daniel Dae Kim) tied up and gagged in a walk-in freezer. On the Island, Sayid demands answers from Dogen (Hiroyuki
Post a Comment
Read more 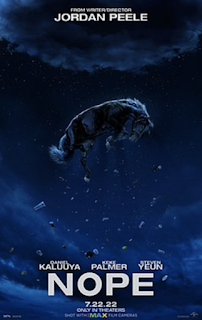 "Nope." -OJ Haywood After the mysterious death of their father, OJ (Daniel Kaluuya) and Em Haywood (Keke Palmer) inherit his horse ranch.  OJ struggles to keep the business afloat and to make matters worse, something strange is happening in their valley and some of their horses have gone missing. Spoilers below!  This is a movie that you will want to see before reading any reviews.  Not everything was spoiled by the trailer, so read beyond this point at your own peril. What Works: Nope is an extremely ambitious movie from a very talented director.  Jordan Peele really got to make true spectacle here.  There is a lot going on with this film and I suspect it will take multiple viewings to really piece it all together.  I like movies that make you think and Nope does that well. I think my favorite parts of the movie are the scenes with Gordy the chimpanzee (Terry Notary).  The movie opens with Gordy and doesn't fully put the scene in context until much later on.  The stuff
Post a Comment
Read more 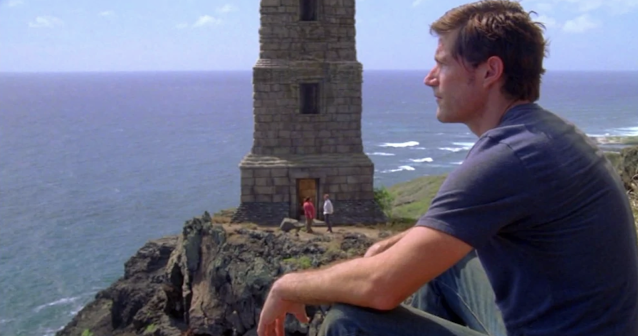 "Sometimes you can just hop in the back of someone's cab and tell them what they are supposed to do." -Jacob "Lighthouse" starts off in the flash-sideways world with Jack (Matthew Fox) running late to pick up his son, David (Dylan Minnette), from school.  David is very resistant to any attempt from Jack to connect with him.  Jack goes to visit his mother, Margo (Veronica Hamel), to help her find Christian's (John Terry) will and when they do, they learn someone named Claire Littleton (Emilie de Ravin) is named in it. Jack returns home to find David missing.  He eventually manages to track David down to a piano performance.  He had no idea David still played.  After the performance, they have a heart-to-heart.  David kept Jack at a distance because he was scared of failing in front of him.  Jack tells David that he loves him and that no matter what he does, he can't fail to Jack. On the Island, Jacob (Mark Pellegrino) tells Hurley (Jorge Garcia) that he
Post a Comment
Read more
More posts

Ryan Stacy
I'm a guy who has too much time on his hands. I like to talk about movies and TV shows waaaayyyy too much and share my useless and uninformed opinions. Follow me on Twitter @StacysBlog23 and check out my podcast: How to Survive a Horror Movie at http://surviveahorrormovie.buzzsprout.com